The Tour de France  2020 with Grand Départ in Nice!

This year again we are looking forward to the biggest cycling race in the world: the Tour de France. The 107th edition has been postponed already due to the coronavirus from August 29th to September 20th. But the best part is, that Nice will be the city of the Grand Départ! Just another factor which makes the French Riviera THE place to be. Especially during the first stage between the 27th and 29th of June 2020, where you can join and watch the excitement in Nice! Maybe you will want to try cycling in the French Riviera yourself after being inspired by the Tour de France? Check out our Antibes Electric Bike Tours or even get yourself a taylor-made French Riviera Road Cycling Tour!

But now, back to the third biggest sport event in the world, after the Olympic games and the World Cup: The Tour de France will be made up of 21 stages which include flat-, mountain- and hilly roads. One can say that the track which goes from Nice to Paris’ Champ d’Élysées perfectly takes advantage of the diverse geography that beautiful France has to offer. The entire race of 3.470km takes 22 days and includes 2 resting days for the racers and, not to forget, for the over 12 million spectators that follow everything with sweat and tears.

As off 1903, when the first edition of the Tour de France took place, a lot of culture established itself around the race. It is for example a tradition, that participants get of their bikes to greet people when they pass through their hometowns. Talking about traditions – a long-standing custom often leads to winners spliting their price money evenly with their teammates. And here is one more: did you know what the habit of participants was for numbing the pain of their muscles in earlier times? They took drinking breaks – not for water, but for alcohol! As off 1960 the consumption of alcohol during the race was banned though, as it was categorized a stimulant. The one thing the racers definitely didn’t have to worry about while drinking those beers etc. were the calories in the alcoholic drinks, as the average participant burns about 123,900 calories during the whole race. That is the equivalent to 252 Mc’Donalds Double cheeseburgers, 495 croissants or 200 bottles of champagne! It’s hard to imagine, isn’t it?

Cyclists having some beers in the hope of numbing their pain

In 2020 Nice will be stage city for the 37th time and it will be the second time of having the honour to host the Grand Départ. There is already a latin motto which calls Nice “the most loyal city”. Righly so, because Nice is the perfect place for the Grand Départ! Not only because of its beautiful coastline, but also because it perfectly reflects the values of the Tour de France. Under the motto of “riding into the future” the race supports environmental protection, regional development, well-being and balance and it encourages young people to benefit from cycling. Nice follows these goals as well. The ambition of becoming a smart and sustainable city is to be seen in several infrastructure projects. These are for example the Allianz Riviera stadium, the Promenade du Paillon, the Eco-Valley, dedicated to innovation and sustainable development and many more. However, the goal which is probably most relevant in the context of cycling is the implementation of a cycling plan, where the bus lanes can be transferred into bike paths. Thanks to the new tramway line! This will create a path of 420kms throughout the Nice Cote d’Azur Metropolis!

“To draw attention is our objective. Remind that our mediterranean coastline, that our high lands and our mountainous territory are, gathered together, a playground for cycling like no other.”

Are you in Tour de France fever yet? How about catching a bit of the feeling which the racers of the tour may have while gazing at the scenic beauty of the south of France. It’s easy when you cycle in this environment yourself! Whether you prefer a challenge or a calm city tour, at WhatToDoRiviera we have the perfect fit for you. If you are up for something bigger you might be interested in the personalised French Riviera Road Cycling Tours that are created and accompanied by pro-cyclist Ingun. Be it the French Alps, a flat coastal ride towards Esterel or the full or half Nice Ironman tour – Ingun knows this terrain very well and together with you she will create a track that is perfectly customized to your wishes and needs. If you are more interested in a calm city tour to discover more of Antibes, Cap d’Antibes and Juan-les-Pins our Antibes Electric Bike Tour will be perfect for you. During the ride you will come by the port, the old town and other stations. In the meanwhile you will be seeing some of the most spectacular views of the French Riviera, such as the 360° view with an overlook of the coast ranging all the way from Saint Tropez to Menton! This view will be the reward of riding all the way up to highest point of Antibes. But don’t worry, the climb is not that difficult with what we call “healthy cheating”: no steroids, only engines!

Want new articles as soon as they get published?
Subscribe to our Awesome Newsletter. 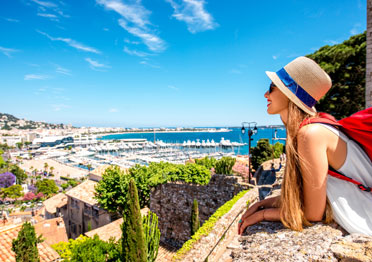 Eco Tourism and What To Do Riviera Phylosophy 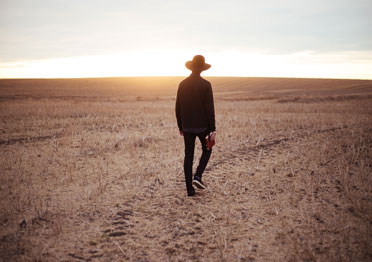 Being part of the Free Walking Tour Community

This website uses cookies to improve your experience while you navigate through the website. Out of these, the cookies that are categorized as necessary are stored on your browser as they are essential for the working of basic functionalities of the website. We also use third-party cookies that help us analyze and understand how you use this website. These cookies will be stored in your browser only with your consent. You also have the option to opt-out of these cookies. But opting out of some of these cookies may affect your browsing experience.
Necessary Always Enabled
Necessary cookies are absolutely essential for the website to function properly. This category only includes cookies that ensures basic functionalities and security features of the website. These cookies do not store any personal information.
Non-necessary
Any cookies that may not be particularly necessary for the website to function and is used specifically to collect user personal data via analytics, ads, other embedded contents are termed as non-necessary cookies. It is mandatory to procure user consent prior to running these cookies on your website.
SAVE & ACCEPT
× How can I help you?